The gut as a source of regulatory peptides (Fig. 1) is of a minor significance as concerns the long molecules and, most possibly, of a major significance as concerns the short-chain peptides. Peptides emerge in the intestinal lumen as the result of: (i) food proteins (Fig. 1 A) proteolysis and (ii) intestinal microbiota synthetic activity (Fig. 1 C). 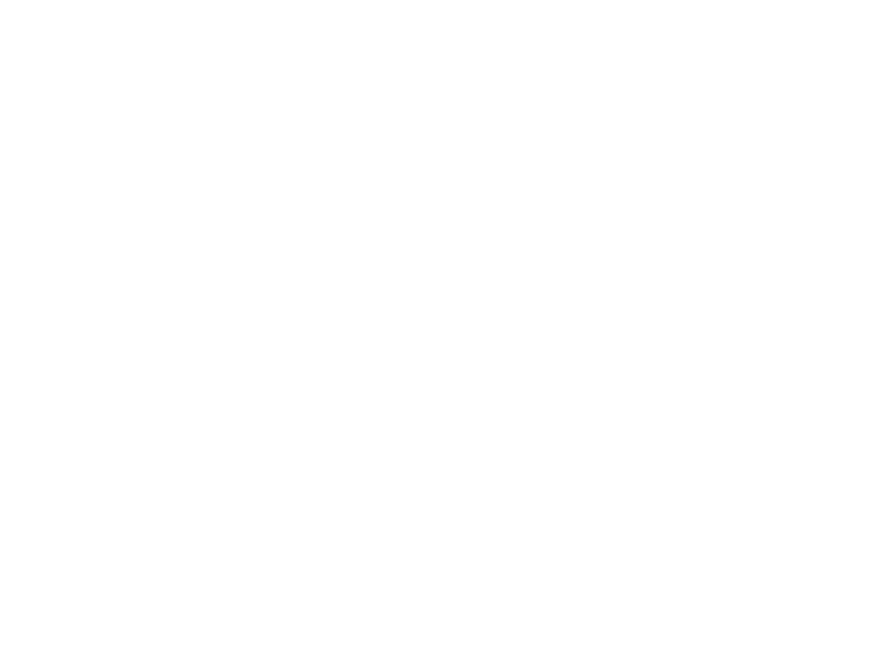 Ingested protein molecules are cleaved by intestinal enzymes to tetra-, tri-, and dipeptides. Di- and tri- and, to a lesser extent, tetrapeptides are absorbed into the bloodstream. Depending on their amino acid composition, the peptides are more or less resistant to the further proteolysis. The less resistant peptides, which are quantitatively predominant, are cleaved to amino acids, whereas the more resistant ones can play the role of humoral regulatory factors.

Microorganisms that dwell in the bowel and, at lesser amounts, in the small intestine can synthesize: (i) proteins at ribosomes (Fig. 1 D) and (ii) peptides in a non-ribosomal manner (Fig. 1 E). The latter attract the attention of researches mainly in the context of the effects of pathogenic microorganisms on the intestinal biota and on body conditions.

The proteins that are synthesized at microbial ribosomes contain the same proteinogenic amino acids as those contained in food proteins. Both groups of proteins are cleaved (Fig. 1 F) by the same arsenal of pancreatic peptidases. After that, short-chain peptides originating from both, food and microbiota, may be considered as a single pool (Fig. 1 G).

Among the products of their digestion are short-chain peptides, such as glycylglycine Gly-Gly, glycylsarcosine Gly-Sar, carnosine β-Ala-His and others, which from the gut can enter the bloodstream.

The third, after food and microbiota, source of regulatory peptides is constituted by the endocrine glands and the diffuse neuroendocrine system, which is represented mainly by the endocrine cells in the mucosa of the small intestine. In all of the above cells, the following processes take place: (i) the ribosomal synthesis of proteins, including protein precursors of peptides; (ii) the limited proteolysis of the proteins to peptides, a part of which are regulatory; and (iii) the release of the regulatory peptides into the blood (Fig. 1 I). Some of the long-chain peptides soon bind to their receptors at the surfaces of target cells (Fig. 1 J), whereas others are cleaved in the blood and interstitial fluid to smaller fragments (Fig. 1 K), which also bind to their receptors (see Fig. 1 J).

The peptides bound to their receptors trigger, via second messenger systems and downstream effectors (Fig. 1 L), the chains of biochemical events, which are eventually manifested as effects at the cell and tissue levels.


The synthetic analogues of regulatory peptides as medicinal drugs

Irrespective of their origin (food, microbiota, endocrine cells, or drugs), the further fates of all short-chain regulatory peptides have common features. Therefore, the involvement of endogenous as well as exogenous substances of this type in the physiological regulation may be considered in common terms.

Theoretically, regulatory peptides may be formed by the cleavage of cell proteins present in the plasma membrane, cytoplasm, nuclear envelope, and nucleoplasm. For example, it will be shown below, that the motif AEDG (Epithalon) is comprised by human autophagy-related protein, which is present in many organs of human body, including CNS.

Peptide transport through barriers is carried out by proteins belonging to the major facilitator superfamily (MSF), which includes the subfamily of proton-dependent (or -coupled) oligopeptide transporters (OPTs) able to recognize and carry more than 8000 different peptides.

A system for the uptake of short-chain peptides, including tetrapeptides, is found in the bacterium Sinorhizobium melitoti. A tetrapeptide transporter Isp4 is found in the fission yeast Schizosaccharamyces pombe and is believed to be indispensable for these cells. In the budding yeast Saccharamyces cerevisia, a transport system for oligopeptides of 4-5 amino acids in length (OPT, OligoPeptide Transport) is described. PcORT14, an OPT ortholog, is able to mediate the uptake of the tetrapeptide KLGL in Saccharamyces cerevisia. OPTs specific for tri- to pentapeptides were identified in fungi and plants. The presence of such transport systems is traced phylogenetically from bacteria to fungi and vertebrate.


Peptide transport through the gut barrier

Short-chain peptides are generated by the limited proteolysis of proteins, either intrinsic or food-derived, which pass, in small amounts, from the small intestine to the blood.

Upon the enzymatic cleavage of food-derived proteins, there is a theoretical possibility of generation of short-living fragments whose structures are similar to regulatory long-chain peptides; however, it is doubtful that so large molecules are able to penetrate the intestinal barrier.

It is possible that the intestinal barrier is permeable for cyclic peptides. For example, arginine-vasopressin (CYFQNCPRG) is partly absorbed and retains its physiological activity upon absorption. Two questions arise in this regard: is there much of cyclic long-chain peptides in the intestinal lumen and do they have any significance for the systemic humoral regulation?

As stated above, the cleavage of proteins and peptides in the intestinal lumen (irrespective of whether their origin is nutritional or microbial) ends at the stage of short-chain peptides (Fig. 1 G), which are able to penetrate the intestinal barrier and to enter the interstitial fluid and blood.

The tripeptide Ala-Gly-Gly (AGG) and some dipeptides are not hydrolyzed in the small intestine. Transporting systems for carrying dipeptides through the intestinal barrier are not strictly specific, as it follows from the observation that, upon the joint administration of two peptides into the intestinal lumen, the transport of each one is lower than when it is administered alone.

Peptide transporters are localized to brush-border membranes of intestinal epithelial cells. They carry di- and tripeptides through the intestinal barrier. Pept1 (Fig. 1 H) acts as an electrogenic proton-and-tripeptide symporter and carries any di- and tripeptides, but not free amino acids and not tetrapetides and longer molecules. However, in birds, Pept2 has been shown to carry tetrapeptides, too.


Peptide transport through the blood-brain barrier

The long-chain regulatory peptides, which have been synthesized outside of the brain, produce their effects on the central nervous system by binding to specific receptors localized to vagal afferents and the outer surface of the brain and, only in rare cases, by virtue of their penetration through the blood-brain barrier into brain parenchyma due to specific transport system. At the same time, the short-chain peptides, such as TPPT, may act by entering the brain. For example, the tetrapeptide Tyr-MIF-1 (YPLG) is believed to penetrate into the brain by diffusion through the blood-brain barrier.

In chick embryos, Pept1 and Pept2 mRNA expression is found not only in the small intestine, but also in the brain, heart, lungs, and kidneys [72]. Pept2 is found in rat brain slices.

Some tetrapeptides are able to pass cell membranes without the involvement of Pepts (Fig. 1 M); for example, this ability is shown for the synthetic +3 net charge opioid tetrapeptide [Dmt1]DALDA (Dmt-D-Arg-Phe-Lys-NH2; Dmt is 2',6'-dimethyltyrosine).

In late 1980s, researchers working at Johns Hopkins University School of Medicine have found that the trans-activator of transcription (Tat) protein of human immunodeficiency virus (HIV) is able to enter cells and influence gene expression. That is when the family of cell-penetrating peptides (CPPs) was discovered.

CPPs are believed to be usable as efficient and non-toxic means for intracellular delivery of small interfering RNA (siRNA) [15], and siRNA are believed to be a powerful tool for modulating gene expression by RNA interference (RNAi). It should be stressed that CPPs are not only transporters of some cargo into cells from the outside, but they themselves can be regulatory peptides, i.e., can produce physiological effects by influencing gene expression.

Most CPPs are long-chain peptides, such as the nonapeptide R6W3 or octadecapeptide PVEC (Table 2). CPPs are widely spread in human viruses. For example, the envelope proteins of human T-cell leukemia virus and human immunodeficiency virus 1 contain about 200 copies of the motif GRKKRRQRRRPPQ, which is known as Tat peptide. 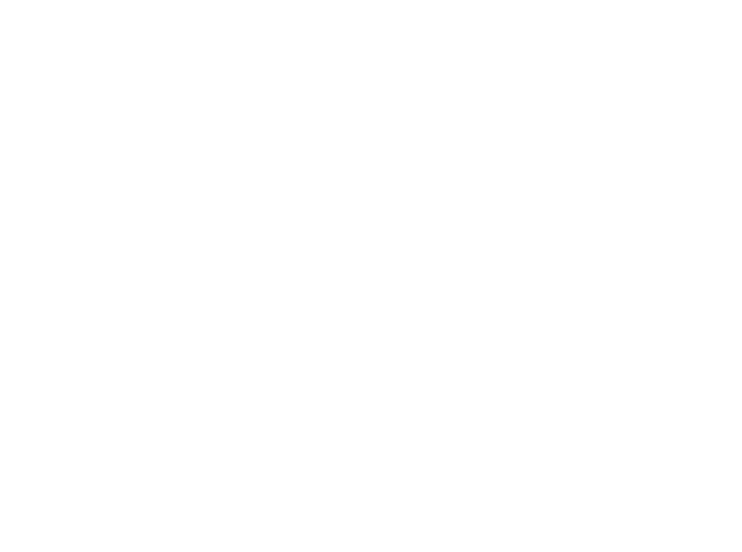 Among synthetic CPPs, a polyarginine undecapeptide (R)11 is noteworthy. Some animal proteins have been found to contain much longer stretches consisting exclusively of arginine residues (R…R). For example, a vector of numerous viral diseases the mosquito Aedes albopictus has a protein comprising 100 arginine residues uninterruptedly.

Chimeric CPPs, namely Transportan (n=27), MPG (n=27), and Pep-1 (n=21), which are mentioned in, are not found in natural proteins deciphered so far. The ability to penetrate cell membranes is featured by short-chain fragments of Tat protein (HIV-1 transcription activator). Most often, these peptides are basic, i.e., contain positively charged amino acid residues in excess. Their advantage is that they easily pass the acidic glycocalyx layer adjacent to plasma membrane. Synthetic basic and amphiphilic peptides containing several lysine residues have been shown to penetrate not only into cells but, moreover, into cell nuclei where they form complexes with DNA and RNA.

CPPs may as well include short synthetic peptides, such as Vilon (KE) and Epithalon (AEDG) .

Under the effects of Cortagen (AEDP), chromatin state changes in cultured cells. Cortagen has been shown to pass plasma and nuclear membrane and influence gene activity.

Epithalon, Pinealon (EDR), and Bronchogen (AEDL) bind preferentially to CNG-containing DNA sequences, which are targets for cytosine methylation in eukaryotic DNA. Epithalon, Testagen (KEDG) and Pinealon seem to bind preferentially to CAG-, whereas Bronchogen, to CTG-containing sequences. The site-specific interactions of peptides with DNA can control cell functions epigenetically and seem to play in important role in the regulation of gene activity from the earliest stages of biological evolution up to now.

FITC-labelled Epithalon, Pinealon and Testagen have been shown to be present in HeLa cells nuclei and nucleoli after the cells have been incubated with the peptides for 12 h.

It is known that the nucleus of eukaryotic cells has a system of transport pores (nucleopores) formed by protein complexes nucleoporins. The inner diameter of nucleopores is about 50 nm; hence, they are permeable for freely diffusing low-molecular substances up to 3.5 kDa, to which short-chin peptides may be referred. This makes it plausible to consider the possibility of immediate interactions of short-chain peptides with DNA.